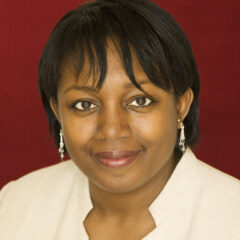 Malorie Blackman has written over 70 books for children and young adults, including the highly acclaimed Noughts & Crosses series, Thief, her science fiction thriller Chasing the Stars and most recently, the sixth  novel in her Noughts & Crosses sequence, Endgame, published by Penguin Random House Children’s.

Malorie has written for the eleventh series of Doctor Who, starring Jodie Whittaker, co-writing the episode Rosa with Chris Chibnall. This episode won TV Show of the Year for ‘making a positive social impact’ at the inaugural Visionary Honours at BAFTA.

Her work has also been adapted for TV with the 6 part adaptation of Pig-Heart Boy winning a BAFTA. The recent TV series Noughts + Crosses  series two was  produced by Mammoth Screen for BBC One.

A stage adaptation of Noughts & Crosses, by Pilot Theatre, is running in 2022 and 2023 under the direction of Sabrina Mahfouz and was Winner of Excellence in Touring, UK Theatre Awards 2019.

Malorie is currently working on her long-awaited autobiography, an empowering and inspiring account of a life in books, which will be published in October 2022.

Call Hilary to discuss Malorie or other Authors

Call Jessica to discuss Malorie or other Authors