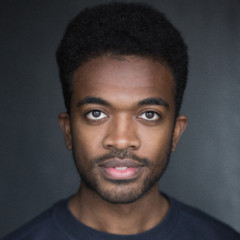 Matthew Jacobs Morgan is an award-winning writer and director from London. Matthew’s first TV script, LAMB & MUTTON,  is currently under option to Tiger Aspect Productions. Last year he took part in the BFI/BAFTA LGBTQ+ Flare program, where he was mentored by John Cameron Mitchell; and the Channel 4 Screenwriting Course where he wrote an original pilot script VAMPING. He has original scripts/treatments with Intaglio, Tiger Aspect, Kudos, Warp, and Bonafide, and he has also contributed an episode of HOLLYOAKS.

Matthew’s first feature film MINE, an intense family drama about post-natal depression in a same-sex couple is in development with BFI with executive producer Mary Burke and Joy Gharoro Akpojotor. It is based on a short film by the same name which was selected for Inside Out Toronto, Aesthetica Film Festival, image+nation festival LGBTQ Montreal and Side by Side St. Petersburg. MINE will be distributed by Peccadillo Pictures later this year.

Matthew’s next short film POMPEII is a collaboration with directors Harry Lighton and Marco Alessi, produced by Sorcha Bacon (of BAFTA-nominated WREN BOYS). It will premiere at London Film Festival on 11th October 2019.

Matthew is represented in the US by Merideth Bajaña at Grandview Management. As an actor he’s represented by Frances Stevenson and Jessica Jackson at Curtis Brown.

In 2013, he was selected for the National Theatre’s New Views Young Writer’s programme, and in 2014, took part in B3 Media’s TalentLab programme (led by Professor Ken Dancyger of Tisch University), getting through to the third phase, and receiving production funding.

In 2015, he received funding from Creative Skillset to attend EICAR International Film School in Paris for a screenwriting programme to develop his first feature film.

Call Jonathan to discuss Matthew Jacobs or other Directors & Writers