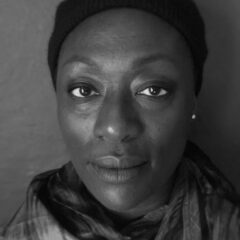 Selected for Edinburgh TV Festival’s ones to watch and BBC new talent hotlist, Afia Nkrumah is an outstanding writer/director in television,  film and theatre. She has a keen eye behind the camera, alongside strong storytelling skills and a sensitivity and confidence with actors.

Afia has written and directed several short films that have screened at national and international film festivals including her award-winning short SHADOW FILM that was funded by Film London. Currently, Afia is developing her debut feature film PIGEONS & PLANTAIN.

A PLACE OF SAFETY
2020
All 3 Media
Pilot Director

Call Ian to discuss Afia or other Directors & Writer and Directors