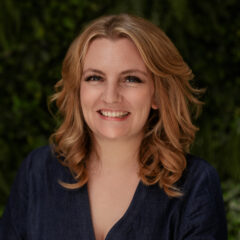 Angela is a screenwriter and a best-selling novelist. She is currently one of thirteen writers who were invited to join the BBC Writersroom Writers’ Access Group 2020/2021.

For screen, Angela has contributed an episode to series five of The Break (BBC Studios), broadcasting on BBC3 on Monday 29th March 2021. She wrote and performed a comedy short about having an invisible disability for BBC Ouch’s Tales of The Misunderstood (BBC Edinburgh Festival Stage / BBC iPlayer, 2017).

For audio, Angela is one of ten writers commissioned for the new BBC Sounds’ Malory Towers Podcast (King Bert Productions, 2021).

For stage, she contributed a comedy sketch for the Big Bite-Size Breakfast Show (The Pleasance, Edinburgh Festival, 2016). Angela wrote a one-hour dramedy The Legacy (The Hope Theatre, London, 2015), which the Mail Online described as: ‘witty, insightful and powerful – ★★★★★’. West End Wilma called it: ‘a fantastic debut – ★★★★’. And London Theatre said: ‘a memorable play that signposts a bright new talent – ★★★★’.

Call Jonathan to discuss Angela or other Writers