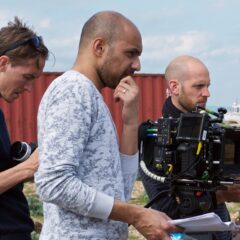 After studying at the London Film School, Azhur’s short films have won a number of awards and played at festivals worldwide. He’s worked in branded content having worked with clients such as Hyundai and Ford Motors and also worked in the video games industry directing motion-capture.

Azhur’s style of filmaking is borne out of a love of contemporary and classic cinema and he has established himself as a dedicated and imaginative filmmaker. Diversity is key to his work and he creates work that challenges the perception of the type of stories BAME filmmakers should be creating. With a love of intelligent genre, he is unafraid to write and direct project that entertain and still have something to say.

Azhur has been mentored by Colm McCarthy and Alice Troughton.

AND THEN WE KISSED
Branded Content for Ford
Writer & Director

Call Ian to discuss Azhur or other Directors & Writers

Call Nicola to discuss Azhur or other Directors & Writers