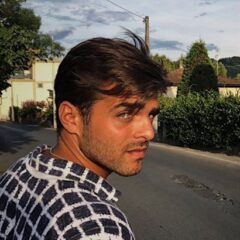 Carlo Kureishi is a writer for film and television.

His original series VOLUPTUOUS, a comedy-drama about sons coping with their hedonistic father, was written under commission from the BBC. Another series original, a show called MASTERS about the origins of grime music, was developed by Turbine Studios. He is currently working on a television ideas for TTL Entertainment and Pulse, and was in the writers’ room for series 2 of ACKLEY BRIDGE.

Call Nicola to discuss Carlo or other Writers