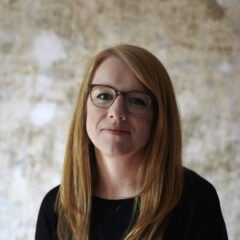 Claire Tailyour is an award winning writer and director of documentary and drama. She studied at USC School of Cinematic Arts and started her career as a self-shooting producer-director for the BBC whilst she made her own drama shorts. She was a Sundance International Scriptwriter Semi-finalist ’15, and a Semi-finalist for The Academy Awards’ Nicholl Fellowship ’08 for her feature script Turnpike.

LIFE, DEATH AND CHEERLEADING 2016
BBC – 1×30′
30′ documentary for the BBC’s 100 Women season about a group of cheerleading Grandmas in Arizona.
Screened: AFI Docs and Underwire Film Festival

WITNESS MONTHLY 2014
BBC – 8x 30′
Pilot episode which was then commissioned into a monthly history series.

THE ADVENTURES OF MACKENZIE BLUE (2008)
Washington Square Arts/Buzz Marketing- 10×2′
Writer
Writing a web series based on the tween novels by Tina Wells. Based in Los Angeles.

Call Hannah to discuss Claire or other Directors & Writers