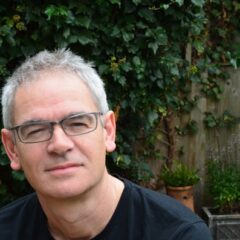 Cliff McNish was born in Sunderland, a city in the north-east of England. His middle-grade fantasy trilogy The Doomspell was an international success, translated into 26 languages worldwide. He published a twentieth anniversary edition in 2020, which includes a brand-new novella.

As well as fantasy, Cliff’s known for writing ghost and horror stories. His ghost story Breathe was voted by The Schools Network of British Librarians as one of the top adult and children’s novels of all time.

Cliff is currently writing a new middle-grade magical fantasy novel, his first foray back into that rich territory since The Doomspell Trilogy.

“McNish is one of our most talented thriller writers, with an ability to make your spine crawl and your heart pound with his stylish prose.” – Amanda Craig, The Times

Call Jessica to discuss Cliff or other Authors