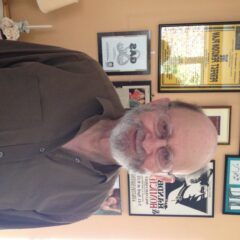 David Henry Wilson is a playwright and children’s author, best known for his Jeremy James and Superdog series. His books have been translated into many languages and his plays, such as Gas and Candles and Shylock’s Revenge, have been performed at theatres all over the UK as well as abroad. He has written several novels, including The Coachman Rat, and also translates books from French and German. He lives in Somerset, is sadly widowed but has three wonderful grown-up children and three marvellous grandchildren.

Recent reissues include The Castle Of Inside Out illustrated by Chris Riddell and published by Alma Books.

More details and some of his works are available on his website.

Call Hilary to discuss David or other Authors