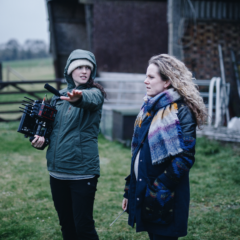 Emma graduated from the University of Westminster with a BA Hons in Film & TV Production in 2007 and has since gone on to make short films that have screened at leading global film festivals, including Palm Springs, Calgary International Film Festival, Underwire, Aesthetica Short Film Festival, and London Short Film Festival.

Emma is currently on the festival run with her short, Unearthed. Unearthed was made after Emma’s winning pitch was selected for the highly competitive Alexa Challenge competition, run by Arri and Directors UK.  The film had its premiere at Underwire Festival, after being nominated for Best Screenwriting.

Emma is now in development on her first feature. She is also writing two TV series treatments, including a period drama about a true witch story, and a YA fantasy/sci-fi series.

Call Nicola to discuss Emma or other Directors & Writers