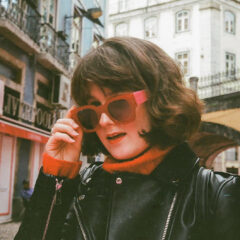 Florence Winter Hill is an award-winning Writer and Director specialising in Comedy and Drama. She is passionate about making character-driven stories that are as cinematic as they are funny.

Her short films have made the official selection of BAFTA and Oscar-qualifying films festivals, including the award-winning The Gospel According To Gail which has screened at Palm Springs International Film Festival (with a nomination for BEST COMEDY award), London Short Film Festival, Flickers Rhode Island, amongst others.

Florence was selected as ‘one of the most talented filmmakers in the country’ by the National Film & Television School / British Film Institute at only age 16.

Call Nicola to discuss Florence or other Directors, Writers & Writer and Directors