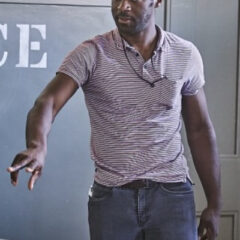 Francis directed and co-wrote the film ESCAPE FROM PRETORIA starring Daniel Radcliffe, Daniel Webber and Ian Hart, which was released in March 2020. The film tells the incredible true-life story of anti-apartheid activist Tim Jenkin, who was sentenced to a South African prison for 12 years but then hatched a daring plan of escape.

Francis began his career at the BBC, directing commercials, promos and episodes of prime-time one-hour drama for BBC One. He has won several awards for his short films, several of which have starred BAFTA-winning actors, and counts Steve McQueen and Stephen Frears as mentors.

Francis is co-represented by ARG.

Call Ian to discuss Francis or other Directors & Writers