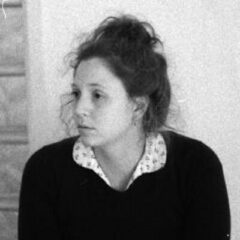 
SKIN A CAT by Isley Lynn on tour

SKIN A CAT opens at The Bunker

Isley is an American-born, London-based playwright and poet. She’s currently under commission to The Donmar, to Vicky Graham Productions, and is writing a new musical with Emmy The Great and Tom Hughes. In October 2021, Isley’s acclaimed play ALBATROSS was remounted at the Playground Theatre in London.  She also recently wrote one of 15 monologues performed in the Jermyne Street Theatre’s production 15 HEROINES. Another new work, REVOLUTIONS, is currently in development with support from Old Vic New Voices, the Michael Grandage Company and the Arcola Lab.

Her adaptation of WAR OF THE WORLDS in collaboration with Rhum And Clay enjoyed a completely sold out five week run at New Diorama Theatre in 2019 before running at the Edinburgh Festival. A further UK Tour is planned.

Isley’s play SKIN A CAT played at The Bunker as their premiere production in 2006. It was nominated for four Off West End Awards, including Best New Play. It was originally performed as part of the Vault Festival in London in January 2016, where it was described by Natasha Tripney, chief critic of The Stage, as a ‘brilliant, necessary and incredibly funny piece of writing’ and was awarded ‘Pick Of The Year’ by the festival. In 2018 the play went on tour, and included a run at the Edinburgh Festival. It was picked up by Playground Entertainment for TV adaptation.

Praise for TO SKIN A CAT:

Her European debut SIE UND WIR  (‘US & THEM’) was performed in German at Werk X, Vienna. Her play TOTTY, written for Paines Plough and Tamasha’s Come To Where I’m From: London, is available for free through the CTWIF app.

Her play BRIGHT NIGHTS was the 2014 Script6 winner at The Space. Her short play SLEIGHT OF HAND for BAREtruth Theatre’s Little Stitches was performed at Theatre503, Arcola theatre and Gate theatre in 2014.

She has also written two short films, Taketh and Struck, the latter of which premiered at the Sydney Film Festival and can be seen here:

Isley is a graduate of the Royal Court Young Writers Programme (2012), the Royal Court Invitation Studio Group (2013), the Soho Theatre Young Company from 2011-2012, and The Bush Theatre’s Emerging Writers’ Group. Her work has been supported by writing programmes at the National Theatre Studio and Cottesloe Theatre, Lyric Hammersmith, the Tricycle, Theatre Royal Stratford East, Ovalhouse, the Peggy Ramsey Foundation, and the Orange Tree Theatre.

Isley’s monologue WHAT’S SO SPECIAL was performed as part of The Get Out at The Royal Court Jerwood Theatre Upstairs. Isley received Special Commendation from the 2012 Soho Young Writers Award and won first place for two Editor’s Briefs (IdeasTap) with the poems Sweetbread and The body but hides the heart. Her critically acclaimed debut play LEAN enjoyed an extended run at the Tristan Bates Theatre (2013) and was performed in May 2015 by Theatre N16. She was named Champion of Literary Death Match at Norfolk and Norwich Festival.

Call Jonathan to discuss Isley or other Writers