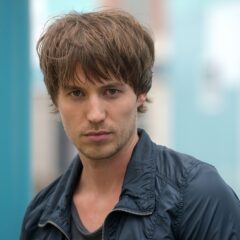 Jamie Davis is the Writer and Creator of the new ITV series ‘YOU & ME’ (Executive Produced by Russell T Davies). Jamie began his career as an actor appearing in a wide range of television programmes and on stage for the Royal Shakespeare Company. As a writer, Jamie was part of the 2021 BBC Writers Academy and has since worked on Eastenders and Casualty. Jamie has a new series currently in development with Happy Prince/ITV.

Call Hannah to discuss Jamie or other Writerss