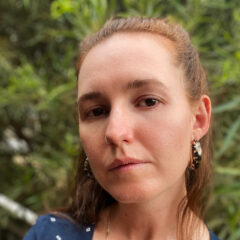 Jessica is a writer and performer based in London. Her debut play KLIPPIES was revived at Young Vic Theatre in 2021, directed by Diyan Zora for the Genesis Prize. Her latest short film MINDER is produced by Sophie MacClancy (Sister Pictures) and directed by Sir Peter Hall Award winning director Chelsea Walker. Jessica is currently completing a screen writing MA at Goldsmiths where she is developing her first feature film MAPS OF THE INTERIOR. Her plays are published by Methuen, Oberon and Nick Hern and she is a contributing writer on the Letters to the Earth anthology published by William Collins.

MAPS OF THE INTERIOR
Feature Film (2021)

A striking debut (…) Klippies is a well-crafted snapshot, a delicate look at burgeoning youth and the burden of history’  ✭✭✭✭Time Out

‘The final scene of Work Bitch is one I couldn’t look away from. (…) Blythe Stewart’s direction and Siân’s words weave together seamlessly and I am holding my breath thinking back on it now.’✭✭✭✭ A Younger Theatre.

‘Every now and then a show comes along with little fanfare or expectation and quietly knocks your Christmas stockings off.’✭✭✭✭  What’s On Stage

Call Jonathan to discuss Jessica or other Writers