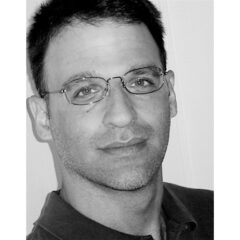 
BADDIES take over The Unicorn!

Joel Fram is an international music supervisor, arranger, conductor, and producer who has worked extensively in London’s West End and on Broadway, as well as overseeing numerous productions in Europe, Japan, and Australia.

Joel is currently the musical supervisor on GYPSY at the Manchester Royal Exchange and was the Music Director for Marianne Elliott’s production of Stephen Sondheim & George Furth’s legendary musical comedy COMPANY at the Gielgud Theatre, and forthcoming on Broadway.
★★★★★ The Telegraph ★★★★★ The Times ★★★★★ The Stage
★★★★★ The Evening Standard ★★★★★ Time Out

Conducting credits include the West End production of Wicked (starring Idina Menzel) and Forbidden Broadway, both at the Menier Chocolate Factory and its subsequent transfer to the Vaudeville Theatre. On Broadway, credits include productions of Scandalous, Wicked, Sweet Smell of Success, The Music Man, James Joyce’s The Dead, Jumpers, and Cats.  Joel also music directed and conducted the world premiere of two Andrew Lippa musicals, john & jen and The Little Princess.  He has music directed several cast albums, including Scandalous (for which he also served as producer), A…My Name is Alice and john & jen.  He made his Lincoln Center debut this fall conducting I Am Harvey Milk, a fully staged oratorio featuring the Orchestra of St. Luke’s and Kristin Chenoweth.

As a music supervisor, he has been responsible for international companies of Wicked, including the Tokyo, Osaka, Sydney, Melbourne, Stuttgart, Oberhausen, and London productions.  While in Japan, he also co-produced and oversaw the recording of the complete Wicked score.  Other credits include the world premiere of Esaura at the Fredericia Teater, Denmark, featuring the music and lyrics of John Bucchino. In 2015/6 he was the Musical Supervisor on BADDIES: THE MUSICAL, at The Unicorn Theatre.

Arrangement credits include vocal arrangements for the Broadway production of Scandalous, vocal and incidental arrangements for Esaura, and musical arrangements, original music, and digitally sampled remixes for the ballet Pictures from an Exhibition at both the Sadler’s Wells and Young Vic theatres in London, in collaboration with the director Daniel Kramer.

He has been a frequent teacher-in-residence and guest lecturer throughout the US and Europe, lecturing at Yale University, New York University, the Danish Musical Theatre Academy, and many colleges and conservatories in England, including Paul McCartney’s Liverpool Institute, Cambridge University, Oxford University, and the Royal Academy of Music in London.

Call Jonathan to discuss Joel or other Musical Directors