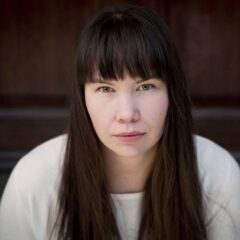 Lisa is an Irish playwright based in London. In November 2018 her dark comedy, ‘Cuckoo’ opened at the Soho Theatre, directed by Debbie Hannan. She is a finalist in the Off West End awards ‘Most Promising New Playwright’ category.

”There is both snap and crackle in the writing, she knows how to place a smart joke, but it is also terrific on the teenage insecurities that make friendship so treacherous, particularly in the digital age […] you can’t look away.” Lyn Gardner, StageDoor

Lisa has also worked with companies including Fishamble: The New Play Company as part of the Play For Ireland initiative. Her play ‘Snapdragon’ was performed in the Abbey’s Peacock Theatre as part of the Future Tense commissions in 2016. She was also part of an invitation group at the Royal Court led by E.V.Crowe.

Call Nick to discuss Lisa or other Writers