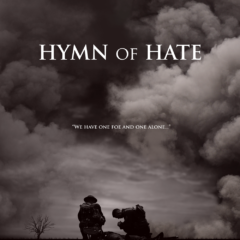 Matt is currently developing an original series LEGACY with Balloon Enterntainment. The series is centred around the complex and ambitious O’Connor clan, a hugely successful, working class, boxing dynasty from Manchester.

His comedy-drama series NOT TRYING about a couple in their thirties who definitely do not want kids, which he has co-written with Laura Aikman, is in development with Hattrick.

He is also writing an original series for eOne about the journey to fame of a young band and the impact on its members.

Born and raised in the Industrial North, Matt began his acting career at the tender age of ten after being ‘spotted’ on the mean streets of Grimsby with his identical twin brother to appear in a commercial for a chocolate bar, long since failed…for which Matt accepts zero responsibility.

Since those heady days, Matt’s gone on to work on many of the UK’s longest running and most popular TV shows, including Coronation Street, Waterloo Road, Emmerdale, Drifters and Midsomer Murders.

HYMN OF HATE, Matt’s debut short film which he wrote, directed and produced, is a First World War drama, centred around class, oppression and humanity. Starring Russell Tovey and Thomas Turgoose, the film has received multiple award nominations, and is currently screening at festivals worldwide.

Film Magazine – ‘…a fantastically intricate portrait of a brief moment between rival officers that offers commentary on class within war…a beautiful, moving picture delivered with skill and poise…’

Matt has previously worked with Retort and Sharp House Films.

Call Emily to discuss Matt or other Writers