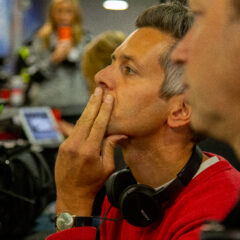 British/Mauritian Director and Producer with 20 years’ experience working across drama, comedy, children’s, entertainment, factual and reality. Proudly partially deaf since birth, Matt now sits on the board of trustees of an inclusive theatre group for young people in London and an inner city school. He is also on the 2022 BAFTA Yugo Student Awards selection panel.

Matt has worked in live TV on on programmes like ‘Celebrity Big Brother’,‘The Paul O’Grady Show’, ‘The Wright Stuff’, ‘Put Your Money Where Your Mouth Is’ and ‘The Link’

Call Nicola to discuss Matt or other Directors & Producers