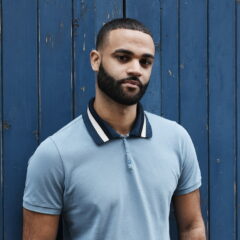 Myles Whittingham is a versatile British director with a fresh perspective and who’s great with talent. Myles recently directed the film series THE ESSENCE, a trilogy of episodes using Giggs’ music as its soundtrack, which has amassed 6 million views. Beyond this, Myles has directed a number of big videos for the likes of French Montana, Cardi B, Post Malone, Giggs, Saint Jhn, Marshmello and Lily Allen, to name a few.

Myles’ started his career as an actor, appearing in popular British dramas, Doctors and The Bill, as well as playing the lead role in the award-winning music video movie ‘Badman’ directed by the legendary Jake Nava. It was after this, citing the lack of variety of roles for black actors in the UK, that Myles made the transition into directing going on to study at Bournemouth Film School and later direct the aforementioned, THE ESSENCE.

Call Ian to discuss Myles or other Directorss