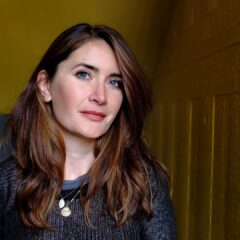 Nat is a BAFTA-nominated screenwriter, director and actor. She was a stand-up comic for eight years, writing comedy for TV and radio and gigging internationally. Her first short film was nominated for a BAFTA and she has since written and/or directed four more shorts. She is now developing four feature films, collaborates regularly in comedy writers’ rooms while also creating her own TV comedy dramas.

STAND UP FOR THE WEEK: S5 (Off The Kerb Productions for Channel 4) September 2013
Writer’s room

GIRL OUT OF WATER (Walker Books) 2016
Author
Longlisted for Waterstones’ Children’s Book of the YearGoldfish (Panmacmillan, 2016 – US version of Girl Out Of Water)

Call Hannah to discuss Nat or other Directors & Writers