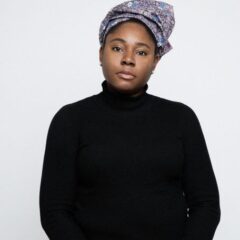 Onyinye graduated with an MA Filmmaking Degree from the London Film School. After her graduation short film was longlisted for the 39th Student Academy Awards, she became a Berlinale Talent Campus Alumna. Onyinye has participated in regional and national creative development schemes that include London Calling PLUS and Film London’s Microwave. During this period she won a BBC Writers Award and joined the BBC’s Continuing Drama Series workshop. In 2019 she was selected for EIFF’s first launch of its development platform “Talent Lab Connects”.

Onyinye is currently a shadow writer on a High-end TV series in development (KAOS) with SISTER Pictures and Charlie Covell (The End of the F***ing World), both with whom she is receiving mentorship towards developing her first television project.

Call Nicola to discuss Onyinye or other Directors & Writers