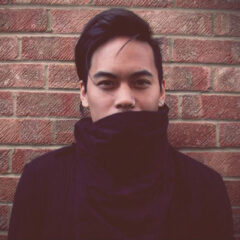 After 5 years as a creative director in the commercial realm he is now concentrating on writing and directing fiction. Drawing from his years as a competitive gymnast and training in ballet, he wrote and directed his short film POMMEL in 2017 with the support of Creative England, The BFI and Refinery Media. It has since been nominated for BEST BRITISH SHORT at the 2018 British Independent Film Awards, won Best UK Short Film at East End Film Festival 18′, won Special Jury Mention for Excellence in Directing at the Oscar Qualifying Los Angeles Asian Pacific Film Festival 18′ and nominated for Best International Short at the Oscar Qualifying Short Shorts Film Asia 18′ in Japan.

Call Hannah to discuss Paris or other Directors & Writers

Call Nicola to discuss Paris or other Directors & Writers