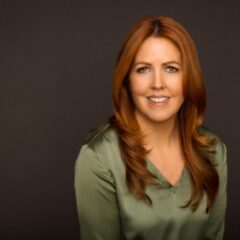 Rachel began her writing career in Children’s Television; credits include CUSTER’S LAST STAND-UP (BBC), FOREIGN EXCHANGE (RTE) AND NORMAN NORMAL (RTL). She then moved on to Adult Drama, getting her break on the sitcom THE CASSIDYS (RTE). Since then, she has been a core writer on a variety of long running series including HOLLYOAKS (Channel 4), RED ROCK (VIRGIN MEDIA TV) and FAIR CITY (RTE).

In 2020, Rachel’s original Supernatural Drama Series, IN THE WATERS won a place on The Series Mania UGC Writers Campus in Lilles.

She was also chosen to write a monologue, performed by Brenda Fricker, for one of the Talking Statues in Dublin, alongside the likes of John Banville and Roddy Doyle.

Current Projects in Development include:

Call Jonathan to discuss Rachel or other Writers