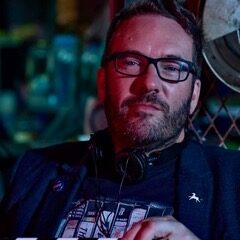 Simon Allen is a British Creator, Writer and Executive Producer.

Simon Allen’s film credits include Netflix Original horror CHOOSE OR DIE which went to Number One on Netflix in the US, UK and around the world.

Simon is represented in the US by UTA.

Praise for CHOOSE OR DIE:

Praise for THE WATCH:

Ed Power, The Telegraph: ‘It has a quirky humour all of its own. And writer Simon Allen isn’t afraid to have fun.’

Call Bethan to discuss Simon or other Writers