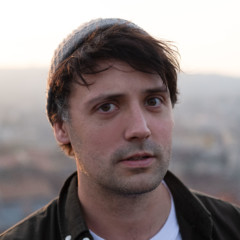 Simon Ryninks is a writer-director of films that are funny, tender and gently political. His latest short, THE PLUNGE, starring Lydia Wilson, was BAFTA long-listed and his previous short film, CONTRACTOR 014352, starring Johnny Flynn, won Best European Film at Brest Film Festival and aired on Canal+ in over fifty countries. His films have screened at festivals including Chicago International, Palm Springs Shortfest, and London Short Film Festival. He is part of the BFI NETWORK x BAFTA Crew 2021.

Simon’s first feature film as writer and director, OUT THERE, is currently being developed with the support of the BFI, using funds from the National Lottery. It was previously under development with Ffilm Cymru Wales and was selected as part of TIFF’s 2020 Filmmaker Lab.

Call Hannah to discuss Simon or other Directors & Writers