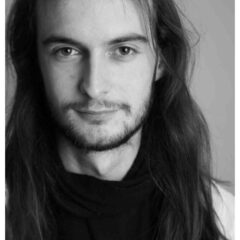 Stewart is a playwright, and a Dramaturg at the National Theatre. He was previously the Associate Dramaturg of the Bush Theatre in London. He also until recently reviewed theatre for Time Out and The Stage. His Papatango Award-winning play TRESTLE played at the Southwark Playhouse until November 25th. He is currently under commission to Papatango.

★★★★ “Brimming with quiet insight and sympathetic humour.” The Independent

★★★★ “A stealthy little heartbreaker.” The Times

‘A tender and observant piece’, ★★★★ (The Evening Standard)

‘Wittily and cleverly written, its series of short scenes telling a story of some depth and meaning’ ★★★★ (What’s On Stage)

Fixing It
Arcola Theatre
The Miniaturists

The Horror! The Horror!
Wilton’s Music Hall
Theatre of the Damned, with Tom Richards
Music and lyrics by Jeffrey Mayhew

As Ye Sow
Pleasance Edinburgh
Theatre of the Damned

Call Jonathan to discuss Stewart or other Writers