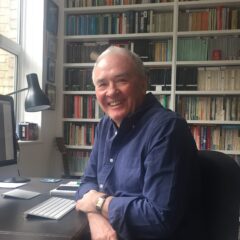 Tony Bradman had his first children’s book launched in 1984. Since then he has become established as a versatile and talented author writing a wide range of books for an equally wide range of publishers, from successful and popular series fiction, such as Dilly the Dinosaur, to picture books classics, including Daddy’s Lullaby illustrated by Jason Cockcroft and The Perfect Baby by Holly Swain, and collections of short stories such as The Greatest Stories Ever Told, published in July 2017.

Tony is also known for his work on educational texts. He has played a key part in the development of the high profile OUP venture Project X. He remains a lead author and frequently writes for the series.

Call Hilary to discuss Tony or other Authors