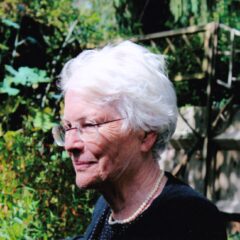 Elizabeth Laird is the multi-award winning author of many successful young fiction and YA novels.  Her travels across the world have influenced her style of writing and choice of topics; she is well known for tackling a wide range of global issues through her work.

Between 1996 and 2003, Elizabeth made five extensive journeys throughout Ethiopia to collect over 300 folk stories in a project set up with the British Council. She produced fourteen English readers for Ethiopian schools and created two websites, www.ethiopianfolktales.com and www.ethiopianfolktalesforkids.com. In 2013 Birlinn Polygon published her account of her travels, the storytellers she met and some of the stories they told.

New titles published by Macmillan in recent years are The Fastest Boy in the World (2014), Dindy and the Elephant (2015), Song of the Dolphin Boy (2018) – and Secret Friends (2019) which was originally published by Hodder.

Her backlist titles Red Sky in the Morning, Oranges In No Mans Land, The Garbage King, Crusade, Kiss the Dust, Jakes’s Tower and A Little Piece of Ground were all beautifully rejacketed by Macmillan throughout 2016, 2017 and 2018. Previously, her novel The Garbage King (winner of the Scottish Arts Council Children’s Book of the Year award) was adapted by the Unicorn Theatre.

Elizabeth’s most recent titles are Grobblechops, a Tales by Rumi picture book with Tiny Owl, illustrated by Jenny Lucander, which was published in February 2019 and Welcome to Nowhere and A House Without Walls which were both published by Macmillan, the latter in August 2019.

Call Hilary to discuss Elizabeth or other Authors