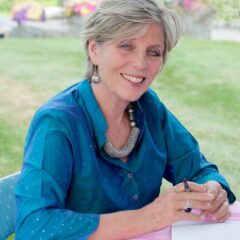 Katharine Holabird is a children’s author best known for her Angelina Ballerina series first published in 1983. Katharine grew up in an artistic household in Chicago, before moving to London where she lived for many years, and where she began her writing career.

Katharine now lives in Water Mill, New York, and is currently working on a new picture book series, Twinkle, illustrated by Sarah Warburton. The first two titles were published by Hodder Children’s Books in September 2014 with two more to follow in March 2016 and September 2016.

Twinkle Tames A Dragon was adapted into a musical by Vital Theater and is currently playing in New York City.

Call Hilary to discuss Katharine or other Authors