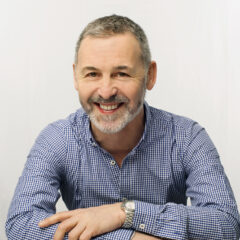 Ian began his career working in production. His credits include THE WEEKEND, which won the Special Jury Prize at the Seattle Int. Film Festival. In 2001, he joined Ian Flooks at Wasted Talent where he produced the comedy feature film CONFETTI; The film was bought for worldwide distribution by Fox Searchlight at the Cannes Film Festival in 2006. In the same year Ian joined The Agency to focus on representing film and TV directors. With an expanding client list of exciting writer/directors the office continues to grow. Ian likes to work closely and collaboratively with his clients and takes a proactive approach to agenting; his experience in production has proved invaluable in terms of how he approaches his work.

Ian believes it’s a privilege to represent the wonderful array of talent on his list. 2014 saw numerous awards – including an Outstanding Debut BAFTA – followed in 2015-16 by two BIFAs, a Sundance Audience Award, Two Berlinale Silver Bears, an Oscar nomination and an Oscar win, to name but a few.