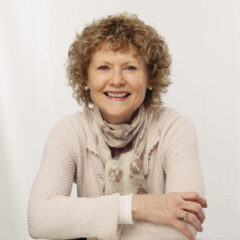 Bethan began her career as an assistant in the newly formed film and television department at Deborah Rogers Ltd. working with Brenda Reid. After three years, she moved over to the literary side and started representing writers of short fiction and journalism, as well as assisting Deborah Rogers in the representation of novelists. In the early 80s, she joined Harvey Unna & Stephen Durbridge Ltd as Stephen Durbridge’s assistant and after several years became an agent specialising in writers for television and film.