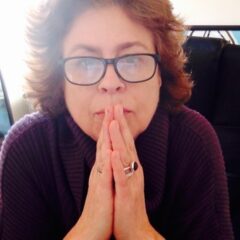 An exciting and innovative format delivering a very different narrative take on crime and offering a huge canvas long-form show.

Currently well-advanced at script stage with the team.

Barbara is the creator/writer and show runner of BBC1’s award winning crime series WAKING THE DEAD which ran for ten seasons and screened all over the world and won several nominations and finally an International Emmy for Best Drama Series in 2007.

Currently she is developing/re-creating the show to bring the refreshed franchise back to BBC 1 via BBC Studios.

A further series also under commission.

Creator and writer. A left field modern crime series inspired by the original 1700s famous thief taker, John Wilde in a villainous duo with dashing, Jack Shepard . Set in a London you’ve never encountered before this modern day male Wild and female Jack, form the love-hate Odd Couple working mercurially on both sides of the law and sexual politics.

On the Wild side and unpredictable, unprocedural .

Creator and writer . Commissioned by Hartswood.

West Wing meets CS1.  The world of cutting edge forensics and a labyrinth of relationships. We never see the crime. But we watch it solved and lives unfold.

Story of the week within a long form relationship series.

Barbara marked medical long-runner Casualty’s 21st birthday with a guest film length Special which subsequently won her a Bafta for best work in a continuing series.

Her crime and forensic contacts and research advisors are second to none.

Call Tanya to discuss Barbara or other Writers