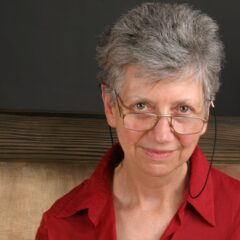 Beverley Naidoo is the Carnegie award-winning author of many novels for children and young adults.

Brought up during the apartheid years in South Africa, much of Beverley’s writing reflects crossing boundaries and she has set her award-winning novels in South Africa, Nigeria, Kenya and the UK. Beverley’s first novel, Journey to Jo’burg, was banned in South Africa until 1991 and has never been out of print in the UK since publication in 1985. It now appears in the Collins Modern Classics list at Harper Collins and is frequently read in schools worldwide.

Titles published by Puffin include: Chain of Fire, No Turning Back, Out Of Bounds, Burn My Heart, Web of Lies and The Other Side of Truth, which won the Carnegie Award.  Beverley’s writing for younger children includes a poetry alphabet S is for South Africa with Prodeepta Das; Aesop’s Fables and Who Is King?, both illustrated by Piet Grobler (all Frances Lincoln). Her retelling of the world’s oldest Cinderella tale is published by Tiny Owl as Cinderella of the Nile, illustrated by Marjan Vafaeian.

Her novel Burn My Heart has been adapted for the stage by the Trestle Theatre Company. Beverley’s stage adaptation of her story The Playground was premiered at the Polka Theatre. She also adapted The Other Side of Truth for BBC Radio 4.

No Turning Back is now one of Penguin’s YA The Originals and The Other Side of Truth is a Puffin Book classic.

Call Hilary to discuss Beverley or other Authors