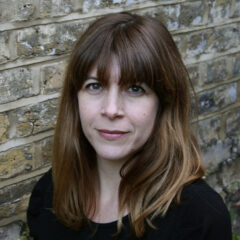 Faye worked at The Agency representing film and TV screenwriters before becoming a children’s author. She always had drawers full of notebooks filled with ideas but it was when she left The Agency in 2012 and went on the Faber Academy’s Writing for Children course that she started to take her writing seriously.

A conversation with her son gave her the idea that would become My Second Life, her debut novel, published in the UK by Usborne in July 2014 and in the US and Canada by Farrar Straus Giroux in 2015.

Faye’s second title, What I Couldn’t Tell You, was published in May 2016 by Usborne.

Faye is currently working on a new idea.

Call Hilary to discuss Faye or other Authors