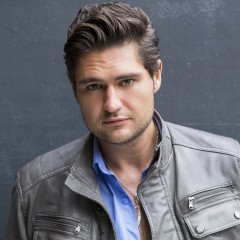 Javaad is a Manchester based writer, director and maker-performer working across different media including theatre, TV, digital forms and film.

As writer, director and performer, he has most recently developed Rich Kids, which is debuted at the Traverse Theatre (Edinburgh Film Festival 2019). The sellout run of this form breaking play, picked up a Fringe First and rave reviews, and transferred to HOME in Manchester in October of the same year.

Prior to Rich Kids, Javaad won multiple awards for his play The Believers Are But Brothers, including a Fringe First. After opening at the  2017 Edinburgh Fringe it transferred to The Bush, where it ran for three weeks before moving on to a national and international tour; including Canada, Europe and Australia. Javaad adapted the play for television in 2019 with The Space and BBC.

In 2017-18 Javaad was Resident Associate Director at Sheffield Theatres for whom he directed One Flew Over the Cuckoo’s Nest at The Crucible. His credits as writer-director include My Brother’s Country (Theatre in the Mill/The Arc/The Lowry), and The Rising of the Moon, a multi location/multi media site specific show that took place over northern cities, and left behind a trail of podcasts and digital work that told the story of the Chartist movement.

Call Hannah to discuss Javaad or other Directors & Writers