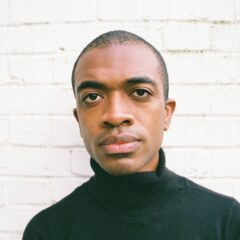 Matthew is a writer-director from London. He was included in Deadline’s list of Eight Rising TV Scribes To Watch Out For In 2021. In 2018 he was part of 4Screenwriting and the BFI Flare mentorship where his mentor was John Cameron Mitchell. His most recent short POMPEII was funded by Film4 and nominated for a London Critic’s Circle Award. He was also co-producer and staff writer 1×60 minite episode for JOHN CONSTANTINE (Bad Robot/HBO Max). He has various TV projects in development both in the UK and US and is developing his debut feature with Joi Productions/BFI.

MINE – Short Film
Official Selection Aesthetica, Inside Out Toronto and Side By Side St. Petersburg. Distributed by Peccadillo Pictures.

In 2013, he was selected for the National Theatre’s New Views Young Writer’s programme, and in 2014, took part in B3 Media’s TalentLab programme (led by Professor Ken Dancyger of Tisch University), getting through to the third phase, and receiving production funding.

In 2015, he received funding from Creative Skillset to attend EICAR International Film School in Paris for a screenwriting programme to develop his first feature film.

Call Jonathan to discuss Matthew Jacobs or other Writer and Directors