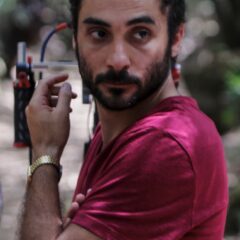 Piero Messina is an Italian writer and director. His short films have been selected for the most prestigious International festivals and his feature film, L’ATTESA/THE WAIT, featuring Juliette Binoche and produced by Indigo Film, was presented in official competition at the 72nd Venice Film Festival, winning the Leoncino d’Oro Agiscuola Award, SIGNIS Award and  FEDIC Award). It also screened at the Toronto International Film Festival and the BFI London Film Festival.

After studying at the DAMS of Roma Tre, Piero graduated from the Experimental Center of Cinematography in Rome. In 2011, his short film Terra is presented in the Cinefondation section at the 65th Cannes Film Festival. Piero worked as assistant director to Paolo Sorrentino for his films  THE GREAT BEAUTY and THIS MUST BE THE PLACE.

Piero also has an established carer in tv. Having directed the prestigious Sky Arts documentaries ARTISTS IN LOVE and PAINTING TO SURVIVE about the most celebrated female painter of the 17th century, Artemisia Gentileschi, he went on to direct on the celebrated Netflix Italian crime drama SUBURRA. In 2020 Piero authored the highly anticipated period Mafia series L’ORA/INK & BULLETS for  Indiana Productions and SquareOne due to premiere in 2021.

Piero is currently developing his first English language feature with Indigo Film and Number 9 Films in the UK.

Call Hannah to discuss Piero or other Directors & Writers

Call Ian to discuss Piero or other Directors & Writers