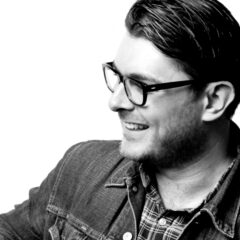 Ross Millard is a songwriter, composer and musician who performs in the North East-based band The Futureheads.

He is currently writing music and lyrics for ‘Little Bits of Light’, which is a forthcoming National Theatre production.

With The Futureheads, Ross has released 6 studio albums and toured extensively around the world to commercial and critical acclaim. Ross has worked as Composer/Musical Director/Performer on productions for Wildworks (Great Night Out) and Unfolding Theatre (Putting the Band Back Together) and has appeared as a featured artist in various projects including the BBC’s Great North Passion and GIFT Festival’s RadiOh Europa.

Since 2014 Ross has also worked with Frankie & The Heartstrings as songwriter and guitarist. He is festival director for Summer Streets – an annual music and arts festival which takes place in Sunderland.

He is a Clore Leadership Fellow.

Call Jonathan to discuss Ross or other Composers