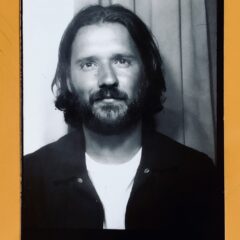 Sam is a London-based director and writer whose work is defined by a strong visual style and a dark sense of humour, spanning many genres from science fiction to supernatural fantasy to crime capers. Set in original worlds filled with offbeat characters, Sam’s films so far sit firmly within the genre side of fiction, while still exploring complex themes from family trauma to colonialism and politics.

His first feature Hitchhikers (with Bridgeway Films) follows this trend, and is slated for production in April 2020.

Raised in Paris and Johannesburg, Sam’s projects have an international outlook, with particular attention toward France and also Ireland, where Sam did his undergraduate in History and Political Science at Trinity College Dublin. Most of his waking hours at university were spent in the theatre, acting and directing with some of the best talent currently lighting up the Irish theatre scene.

Sam is a 2016 graduate from the masters in Directing Fiction at the National Film & Television School.

THOSE WHO ARE LOST (2016)
Supernatural Drama, 27mins (graduation film)
Camerimage

Call Hannah to discuss Sam or other Directors