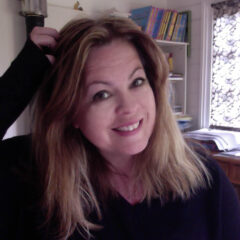 Sarah has also collaborated with Katharine Holabird on the Twinkle series (Twinkle, Twinkle Thinks Pink, Twinkle Tames a Dragon and Twinkle Makes a Wish), published by Hodder. The fourth Twinkle title was published in 2016. Twinkle Tames A Dragon was adapted into a musical by Vital Theater and was playing in NYC in 2016.

Sarah has recently worked on irreverent counting book Ten Delicious Teachers (Walker) with Ross Montgomery, which the Guardian highlighted as ‘funny and irreverent, it’s easy to imagine this one being a huge hit at school storytime.

Call Hilary to discuss Sarah or other Authors & Illustrators

Call Jessica to discuss Sarah or other Authors & Illustrators