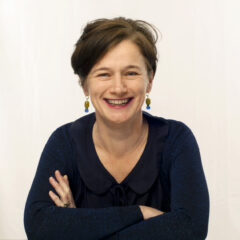 Hilary joined Lemon Unna & Durbridge in the early 90s to look after the Paddington Bear titles and to build her own book list. She worked for several different publishing houses including Rights Director at Penguin Children’s Books before becoming an agent. She is now a partner at the Agency and continues to represent Michael Bond’s Paddington Bear alongside a wide range of children’s book authors and illustrators from pre-school books to YA novels – handling their publishing deals alongside their film, TV and stage rights.